Great crested newt surveys had previously been undertaken of the site in 2004, 2010, 2013 and 2015, the most recent survey of all ponds within 250m having been undertaken in 2010. Only one pond had been found to support GCN, however, two ponds created to the south west of the site in late 2012 as part of the receptor site had become colonised by 2015. The three ponds within the site were surveyed in 2017 and all but one of the ponds within 250m subject to a Habitat Suitability Index (HSI) assessment.  Access to survey ponds outside the development site boundary was refused, however surveys of these ponds in 2010 had found GCN to be absent and the updated HSI assessment found them to be in a similar condition to the previous assessment. The overall population size of GCN at the site was assessed as medium (overall peak count of 19 in 2017).

A further three ponds were created as part of the mitigation strategy, two to compensate for the loss of the pond within the development plus a third to improve connectivity with ponds in the wider landscape. The site was subject to 60 days trapping and relocation of great crested newts as required by the licence. The relocation was undertaken in three phases to minimise losses of the most favourable habitat. The pond within the site was drained down and hand searched for GCN. A total of 197 GCN were captured and relocated.

While installing the GCN exclusion fencing, the contractors noted a grass snake. Although no reptiles had previously been identified on site, approximately 140 refugia were deployed within suitable habitat within the site and checked during suitable weather conditions during the GCN trapping and relocation. No reptiles were found within the development site.

During a site visit to check an area of scrub for breeding birds prior to clearance, little ringed plovers (a species listed on Sch1 of the Wildlife and Countryside Act 1981) were seen within the site. A further survey and assessment was undertaken which confirmed the presence of little ringed plovers. Works within the area were suspended until the young birds had fledged and were no longer dependent on the adults.

ESL is continuing to monitor the GCN population within the site and the mitigation habitats will be placed under a long-term management plan in accordance with the licence conditions. 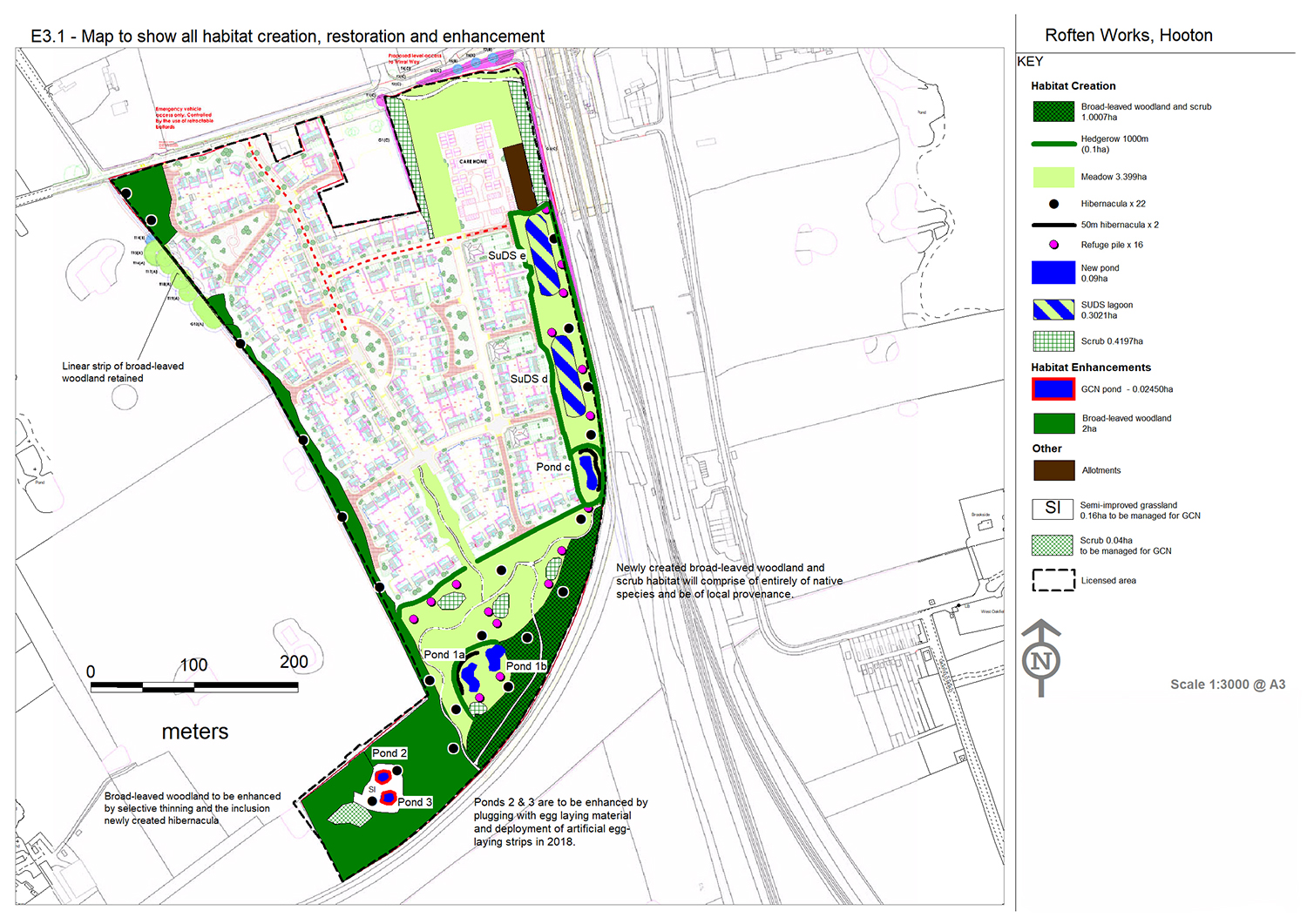