Great crested newts and their habitats are legally protected under UK law. More common amphibian species are protected to a lesser degree. Therefore it is important to determine their presence when reviewing a scheme.

There are varying methods to survey for great crested newts, these include habitat appraisals, traditional pond surveys, eDNA samples and terrestrial surveys. Our expert ecologists advise on the most appropriate survey method.

Amphibian pond surveys can only be undertaken when amphibians return to their ponds to breed which is from early spring to early summer (usually mid-March up until mid-June). Up to six surveys may be required, involving ecologist working at night and returning to the site the following morning. The surveys are spaced out over the spring period to not only determine the presence or absence of an amphibian species but also to provide a good population size class assessment.

Habitat assessments can be undertaken at any time of the year. However, a spring survey may be recommended if there is a pond or other suitable amphibian breeding site within 500 metres of a proposed development.

Water sampling methods are available to determine traces of eDNA for presence of GCN within a pond which minimises the survey level effort of a traditional GCN presence/absence survey, however there are both negative and positive implications with regards to this technique.

To adhere to standard guidance, our ecologists usually need to survey ponds located within 250m of a development site. In certain circumstances land access is not always possible and terrestrial surveys can be undertaken, these are usually used as a last resort, as they can be costly, but they are an option.

Surveys for great crested newt and natterjack toad have to be undertaken by appropriately licensed surveyors. All our amphibian surveyors are licensed experts in their field and follow the standard survey methods set out by Natural England. The more common amphibian species usually encountered during surveys can include smooth newt, palmate newt, common frog and common toad.

Where great crested newts are found during the surveys, our ecologists will review the results and proposals to check if works can be undertaken in a way that avoids disturbance to great crested newts and their habitats. Where this is achievable, we design a precautionary method statement, which details the works and working methods.

Where great crested newts and their habitats are impacted then a derogation licence issued by the statutory government bodies; Natural England, Scottish Natural Heritage or Natural Resources Wales will be required.

Our expert ecologists design a mitigation and compensation strategy suitable for submission for a derogation licence and the licence acts as a legal document. Our highly experienced ecologists are at hand to advise and support clients through at all stages of this process, which includes preparing licence applications to statutory conservation bodies and overseeing and implementing all mitigation works.

It is best practice to undertake works that affect great crested newts between March and November. This can cause delays which need to be taken into account at the design stage.

Where the level of impacts is low, our expert ecologist has a Low Level Class Licence (LICL), which is more cost effective and speeds the process up, this is only available in England.

Natural England are currently trialing, a district licensing scheme which is in operation in the Woking, Kent, South Midlands and Cheshire. The areas are being run by different bodies and this is only in England.  The pilot scheme provides developers an opportunity not to undertake great crested newt surveys and obtain a licence to derogate from afforded legal protection for a monetary sum, which is utilised in a different geographical area on the overall conservation of great crested newt. This pilot scheme is relatively new, but one of our expert ecologists is currently one of the advisers on Natural England’s expert panel. District licensing has the potential to not have any time constraints. 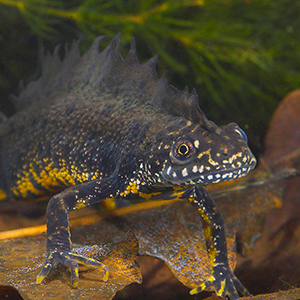 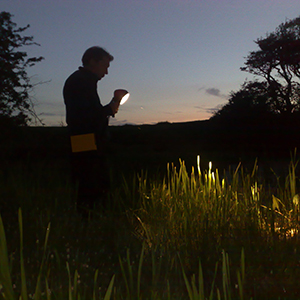 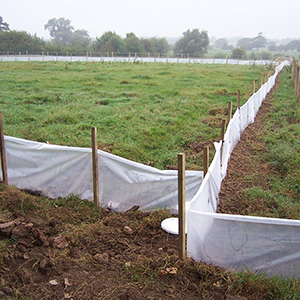 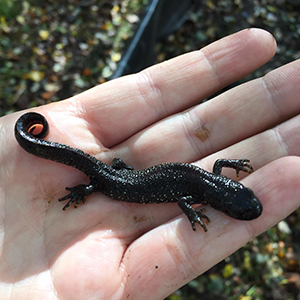 How we do a great crested newt survey

Find out how we undertake the traditional amphibian survey on your land, watch the YouTube film below.