Water vole and their habitat are protected by law in the United Kingdom. Where a development affects suitable water vole habitat (watercourses/waterbodies in England and Wales, plus terrestrial habitat in Scotland). Surveys for water vole are an essential part of the environmental assessment required prior to any work that may affect a riparian habitat. Local Planning Authorities often request ater vole surveys in support of planning applications and if they are affected mitigation strategies.

Water vole surveys are undertaken by ecologists whom visit the site during the day, generally on two occasions. As with many mammals, the sighting of a water vole is not always possible, and as such, water vole surveys are usually based on field signs. A systematic search for characteristic water vole field signs is undertaken upstream and downstream of the immediate development footprint.
From the two surveys it is possible to estimate the actual and possible numbers of water voles that are present along the watercourse.

Where proposals affect water voles and their habitats, we provide guidance to either avoid impacts or to displace and exclude water voles from an area. Water vole mitigation can be a lengthy process and derogation licences may be required.

A derogation licence issued by the statutory government bodies; Natural England, Scottish Natural Heritage or Natural Resources Wales. Our expert ecologists design a mitigation and compensation strategy suitable for submission for a derogation licence, the licence acts as a legal document. Our highly experienced ecologists are at hand to advise and support Clients through at all stages of this process, this includes preparing licence applications to statutory conservation bodies and overseeing and implementing the exclusion works and all mitigation works.

Water vole mitigation can only be undertaken at certain times of the year and where impacts are high habitats may need to be created over 12 months in advance to allow vegetation to establish. It is usually better to trap water voles early in the year, before populations expand during the breeding season rather than later in the year. Trapping undertaken later in the year usually results in overwintering housing fees.

To avoid delays to your schedule it’s important to plan for the water voles early as part of the planning and development process by getting us involved early. 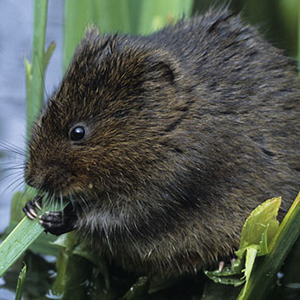 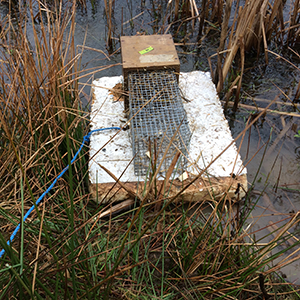